A foggy morning at Crosby beach and marina

I live close to Crosby beach in north Liverpool, which has, in recent years, become famous for the Anthony Gormley art installation called Another Place. Also known as ‘the iron men’, the installation consists of one hundred iron statues made from a cast Gormley made of his own body.

Initially intended to be a temporary exhibition, the statues were purchased by Sefton Council and have now been on the beach for over a decade.

To say the iron men are popular with photographers, both amateur and professional, is an understatement. A quick Google image search for ‘iron men Crosby’ brings up lots of photos of the statues, the majority of them being caught on fine, sunny days or silhouetted against a colourful sunset. (Though, to be fair, the winter sunsets at the beach can be just stunning.)

It’s really hard to come up with something that hasn’t been done before.

However, when I woke up to a thick blanket of fog the other weekend, I jumped at the chance to grab my camera and go have my turn at photographing the statues.

To get to the beach, I had to walk past the marina first. It was hauntingly beautiful in the fog; the lakeside leisure centre had completely disappeared into the mist, and for a while, the only clue that I wasn’t totally alone were the disembodied voices of other weekend walkers floating across the ether. 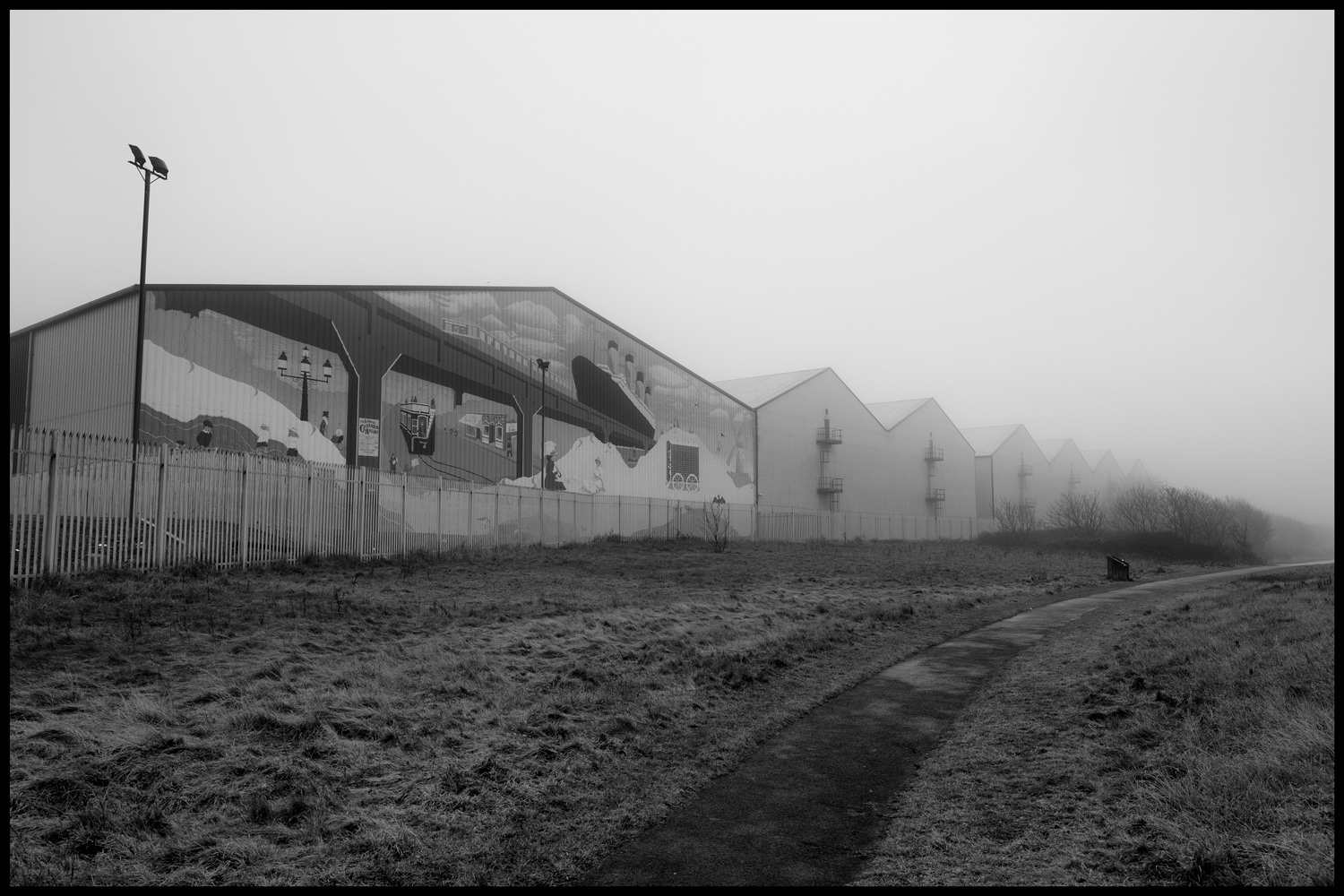 Finally, a few people started to emerge from the fog. 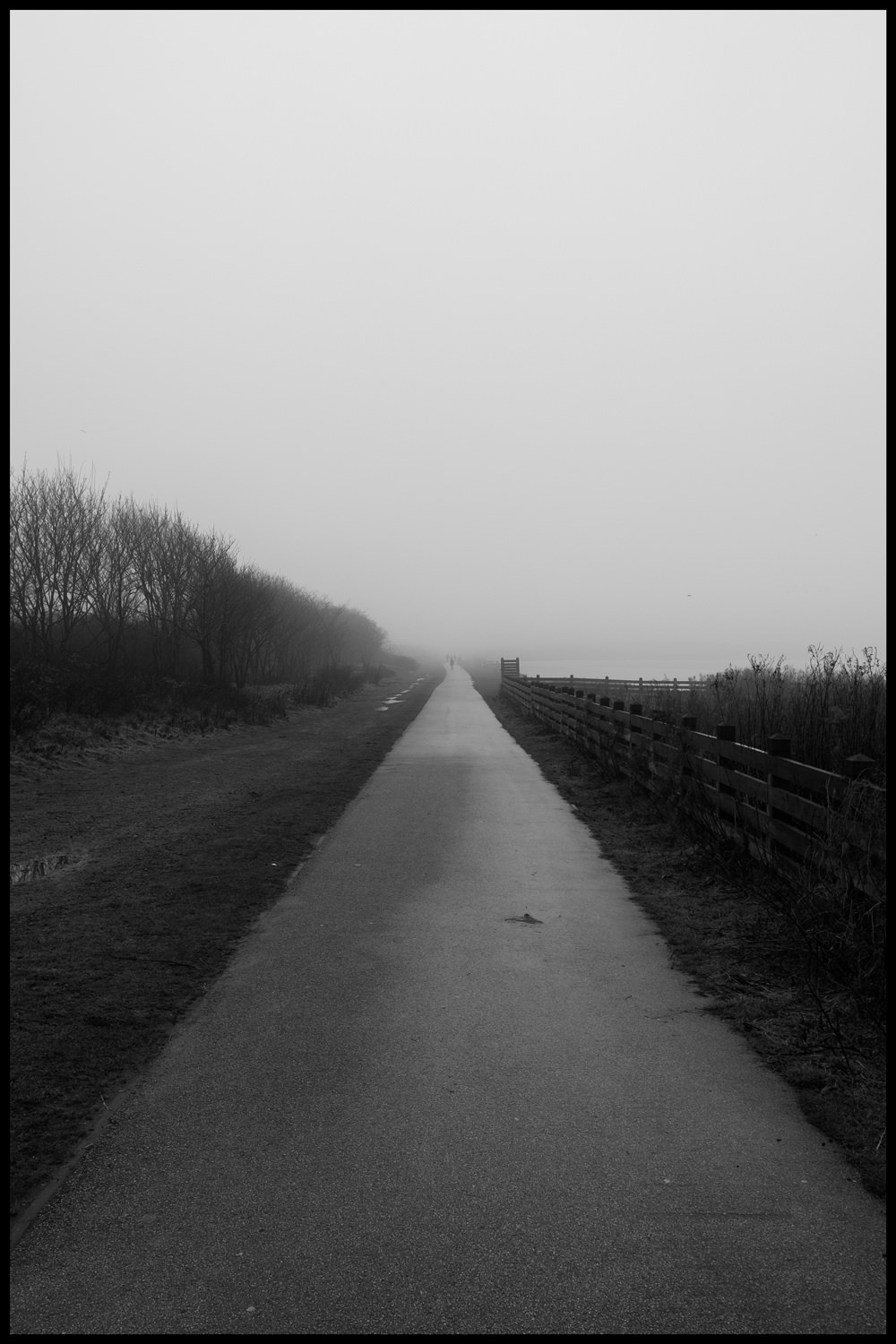 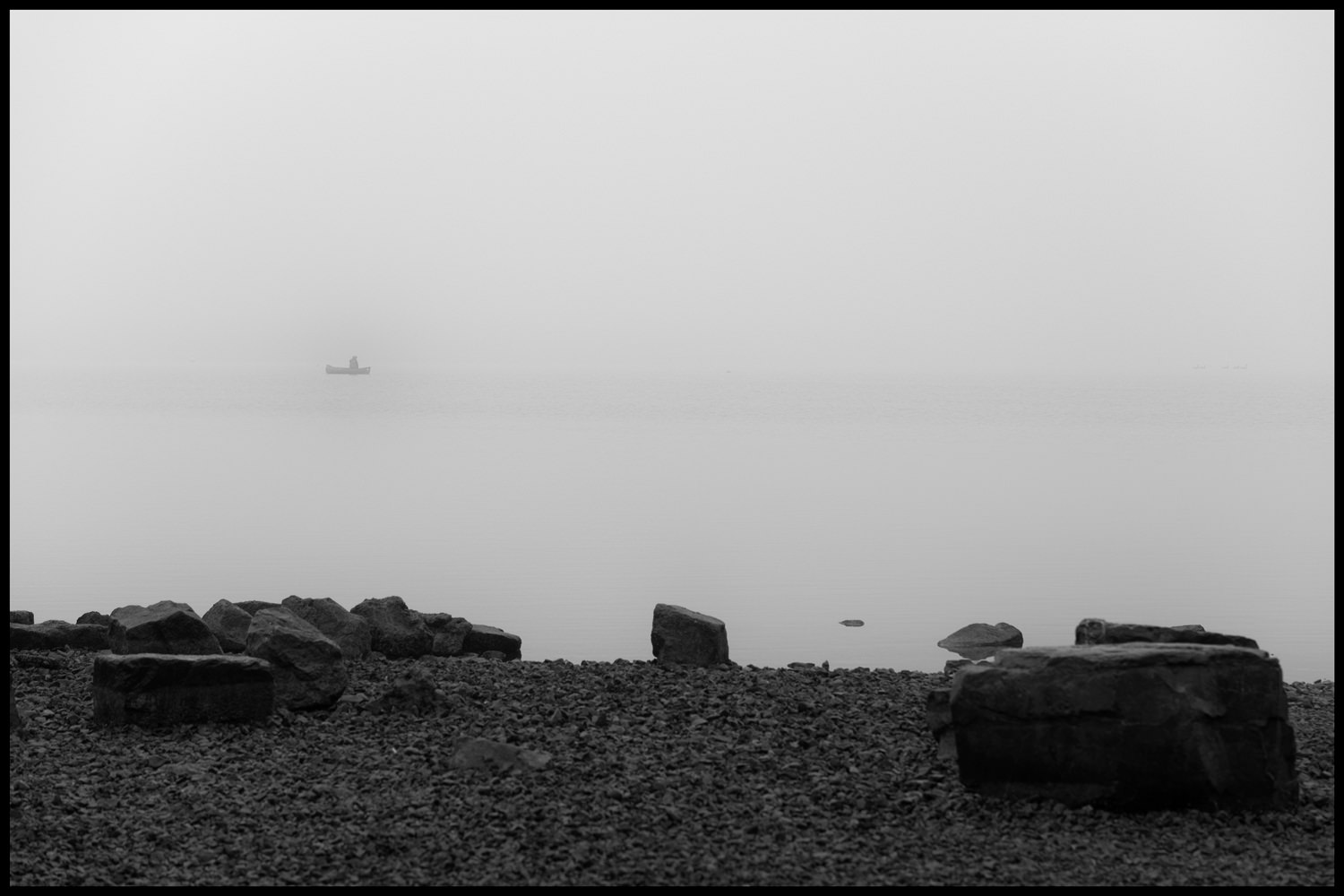 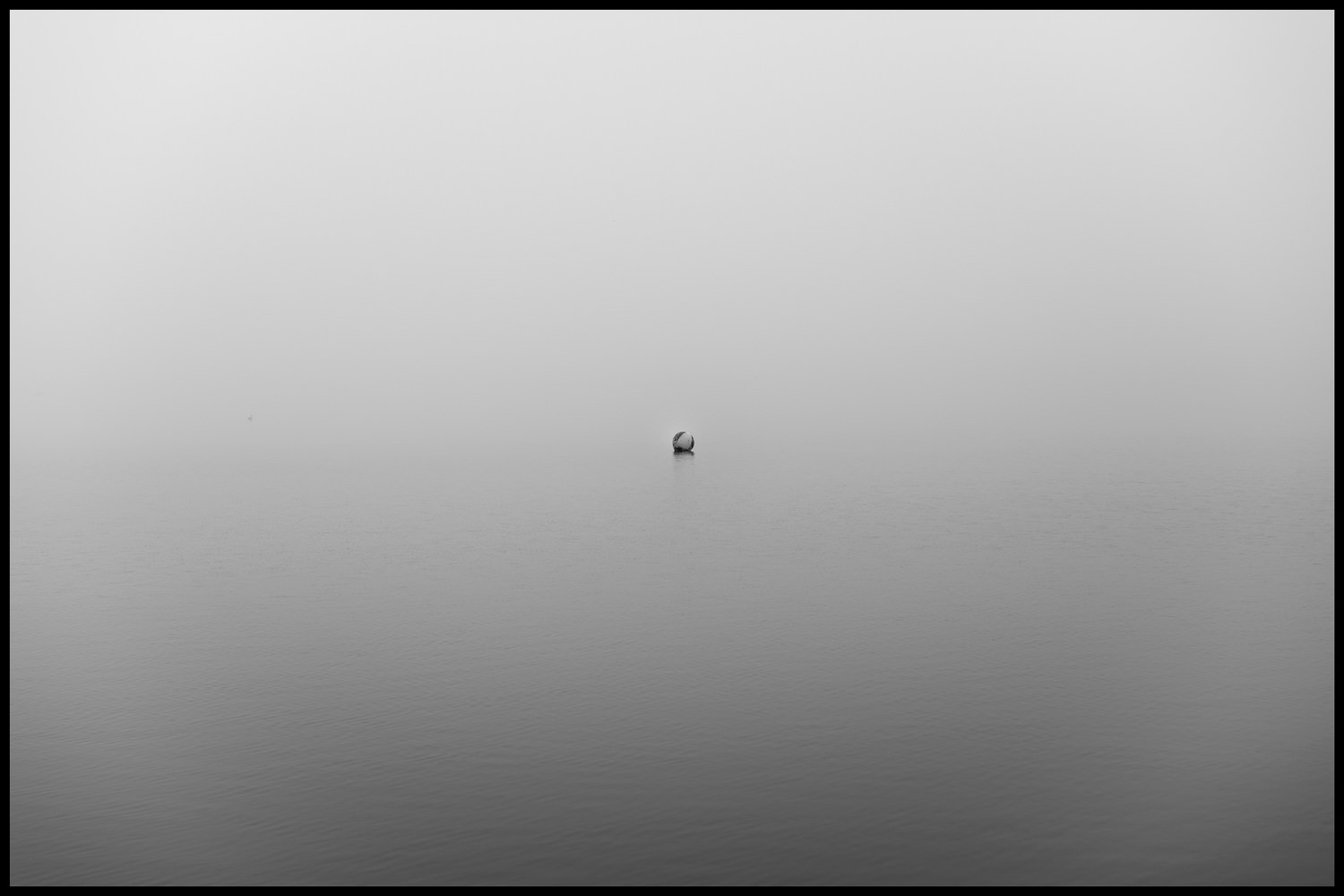 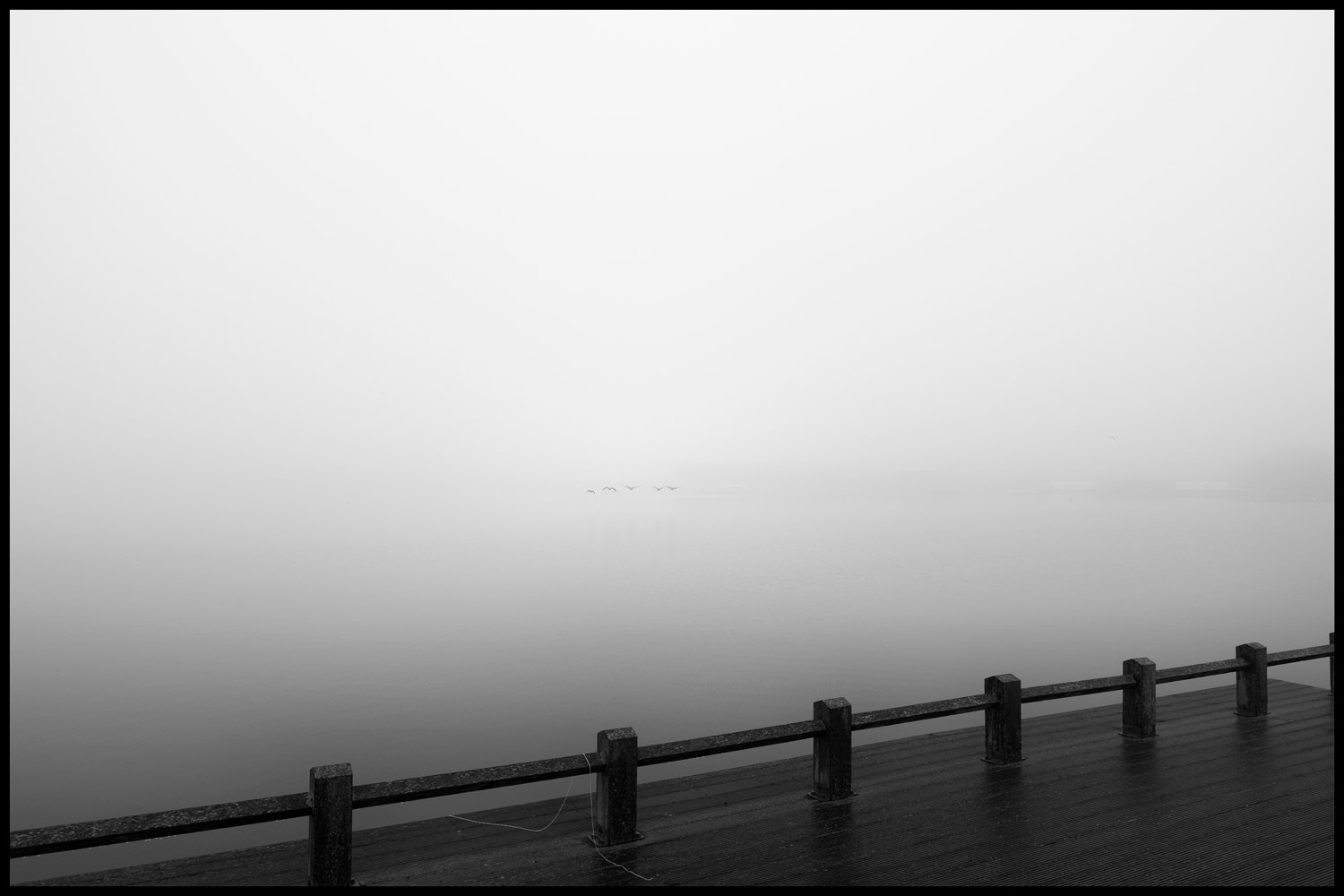 Alongside the pathway, the sandy ground is covered in a wonderful, starry-shaped moss (?), full of little treasures, if you looked hard enough. 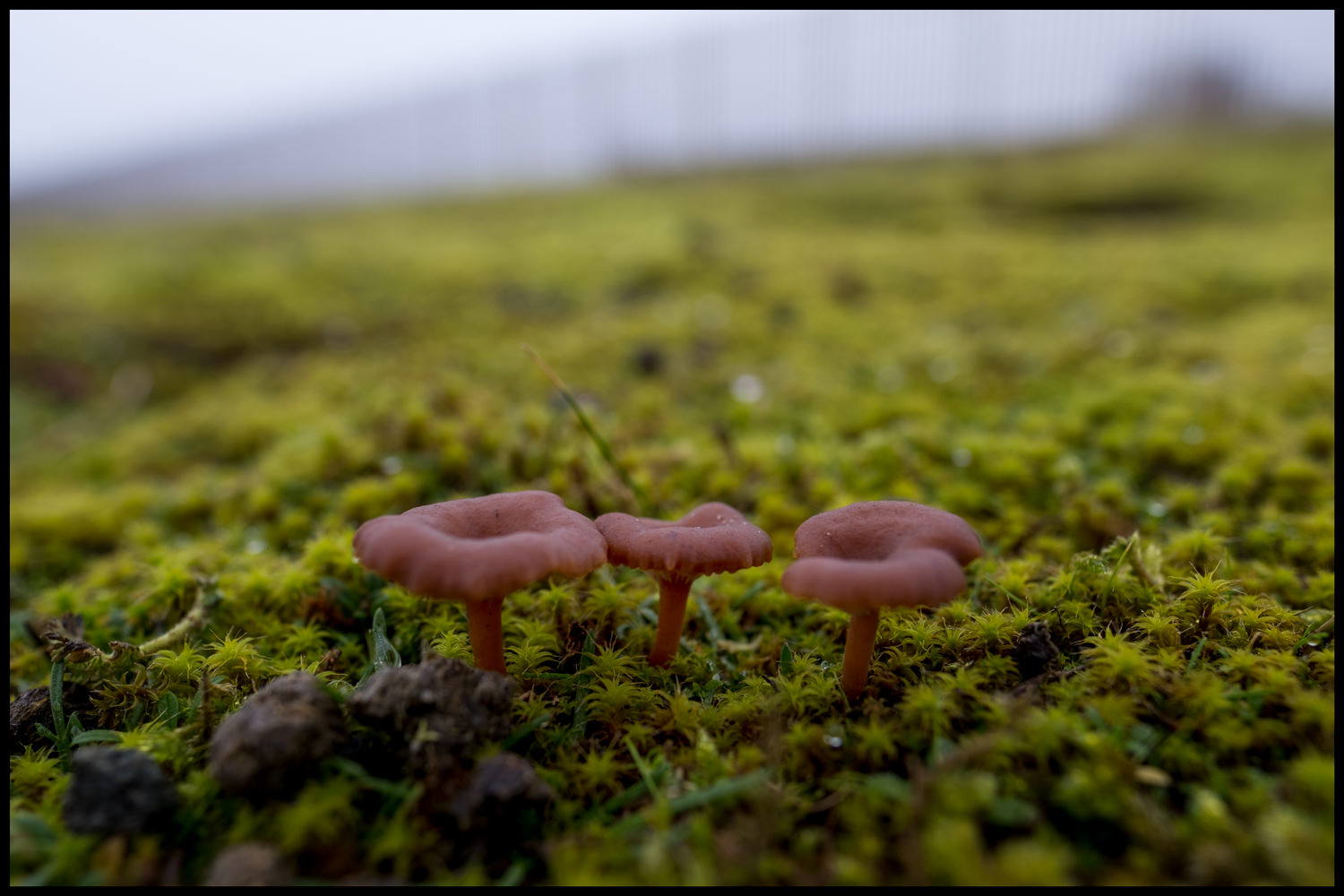 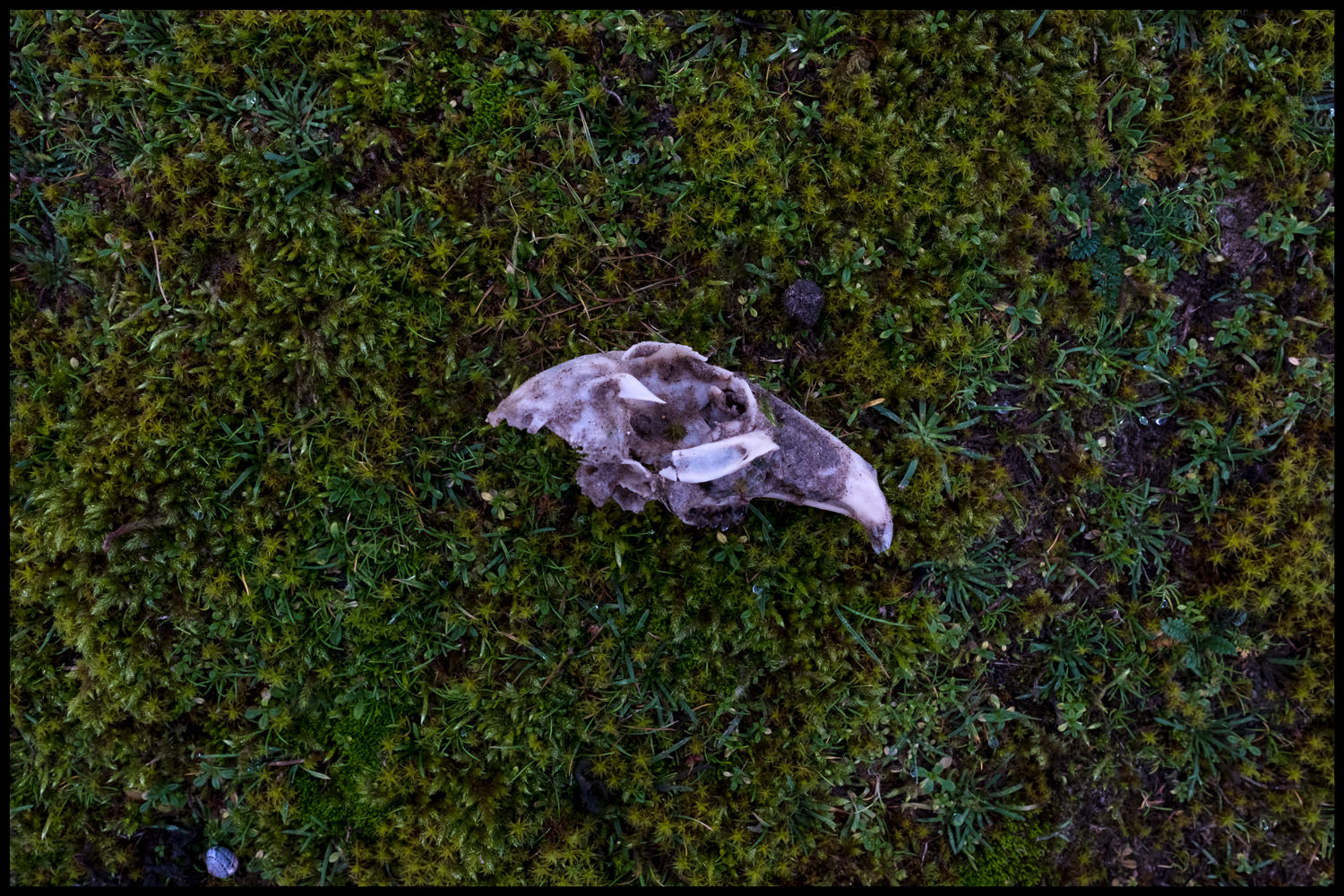 The beach has a very large tide; when it’s out, there are vast expanses of flat sand covered in empty seashells, debris and swirly patterns left by the motion of the water. 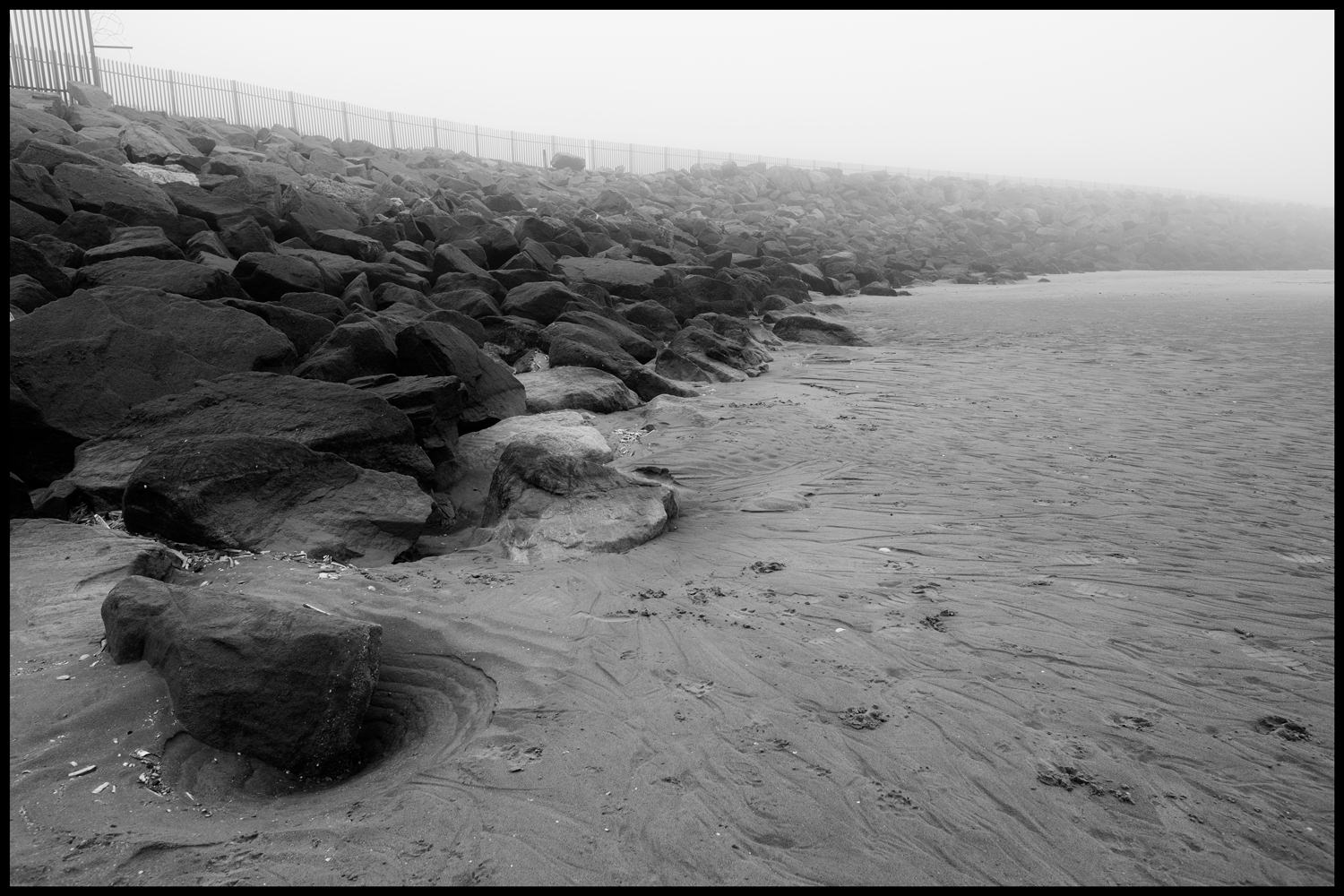 The fog made the beach feel isolated and slightly eerie, the only evidence of other people being the footprints they’d left in the sand. Instead of gazing at a beautiful sunset, the iron men were staring out into nothingness, alone and abandoned in their state of partial decay. 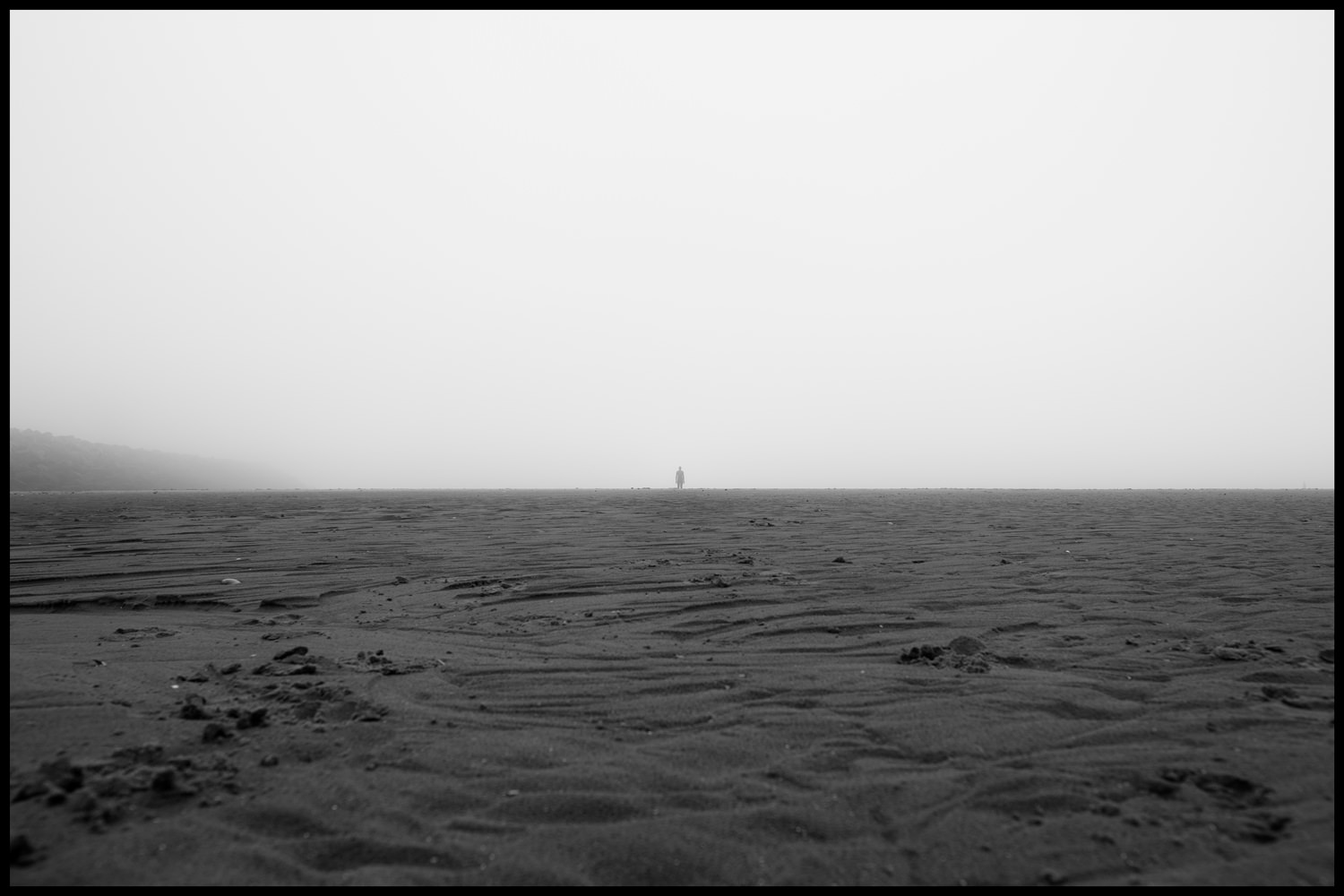 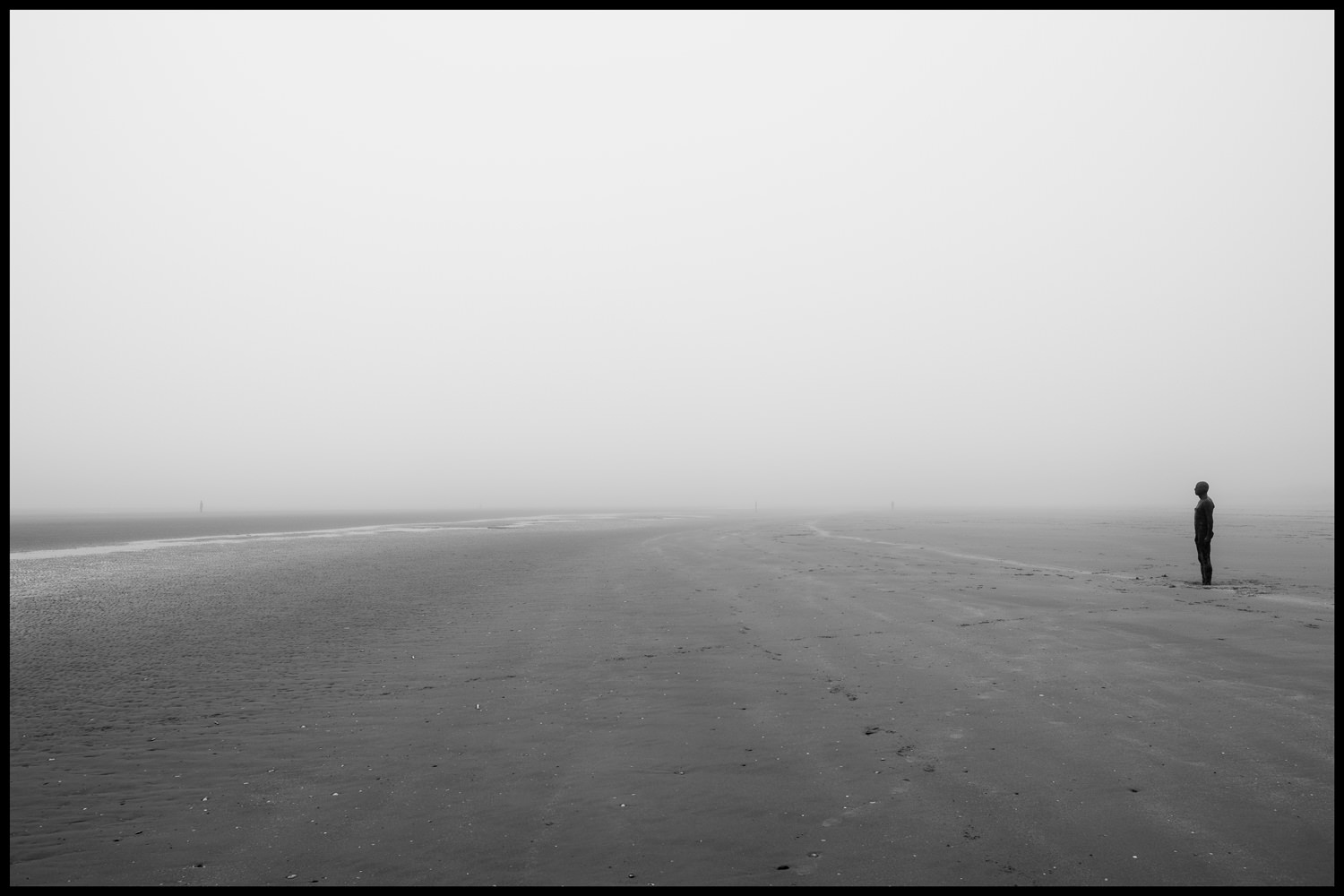 I was struck by just how much the iron man I was photographing was starting to look like an ancient Egyptian mummy; the rust and wear on his face was lined and looking like bandages obscuring his features. 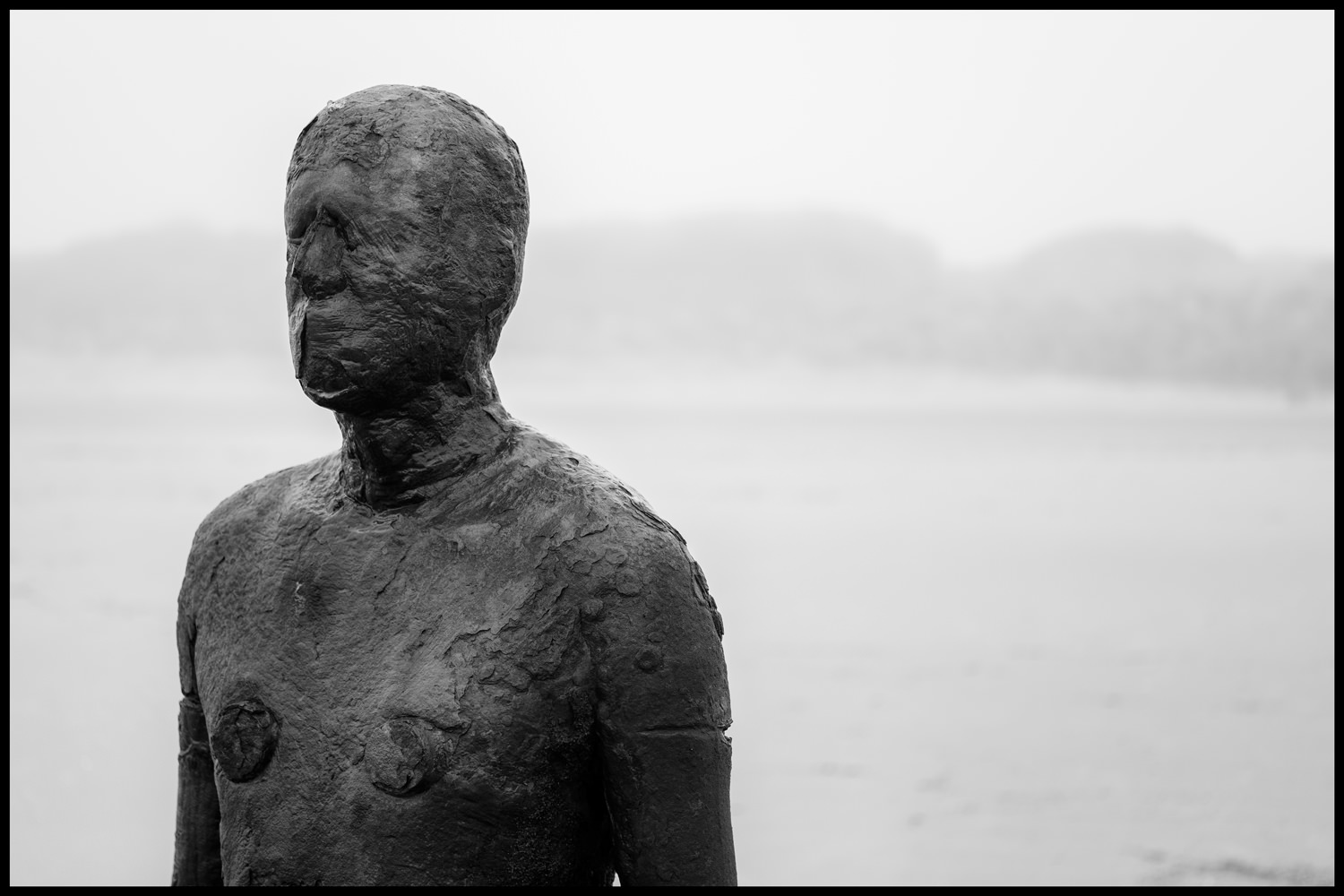 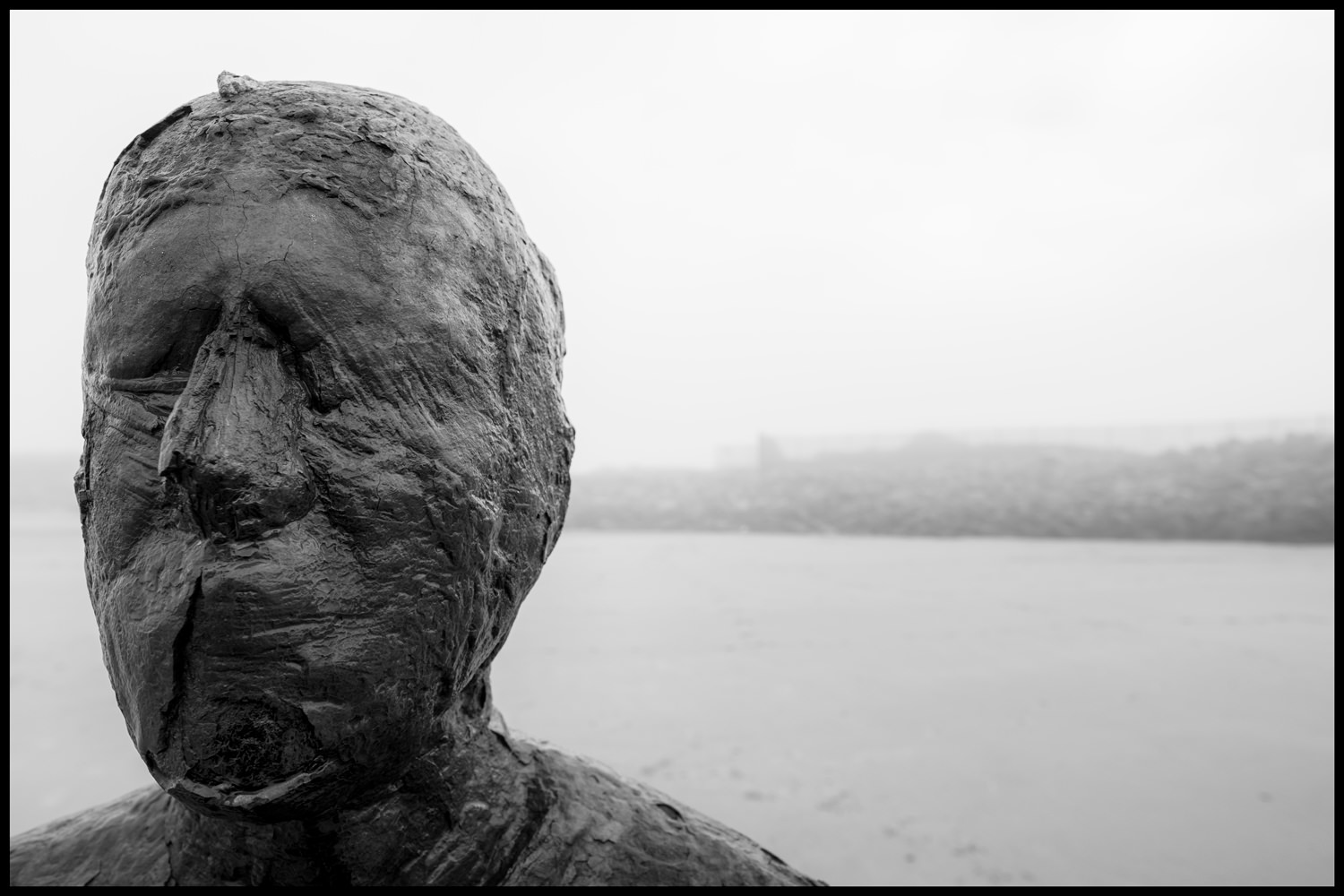 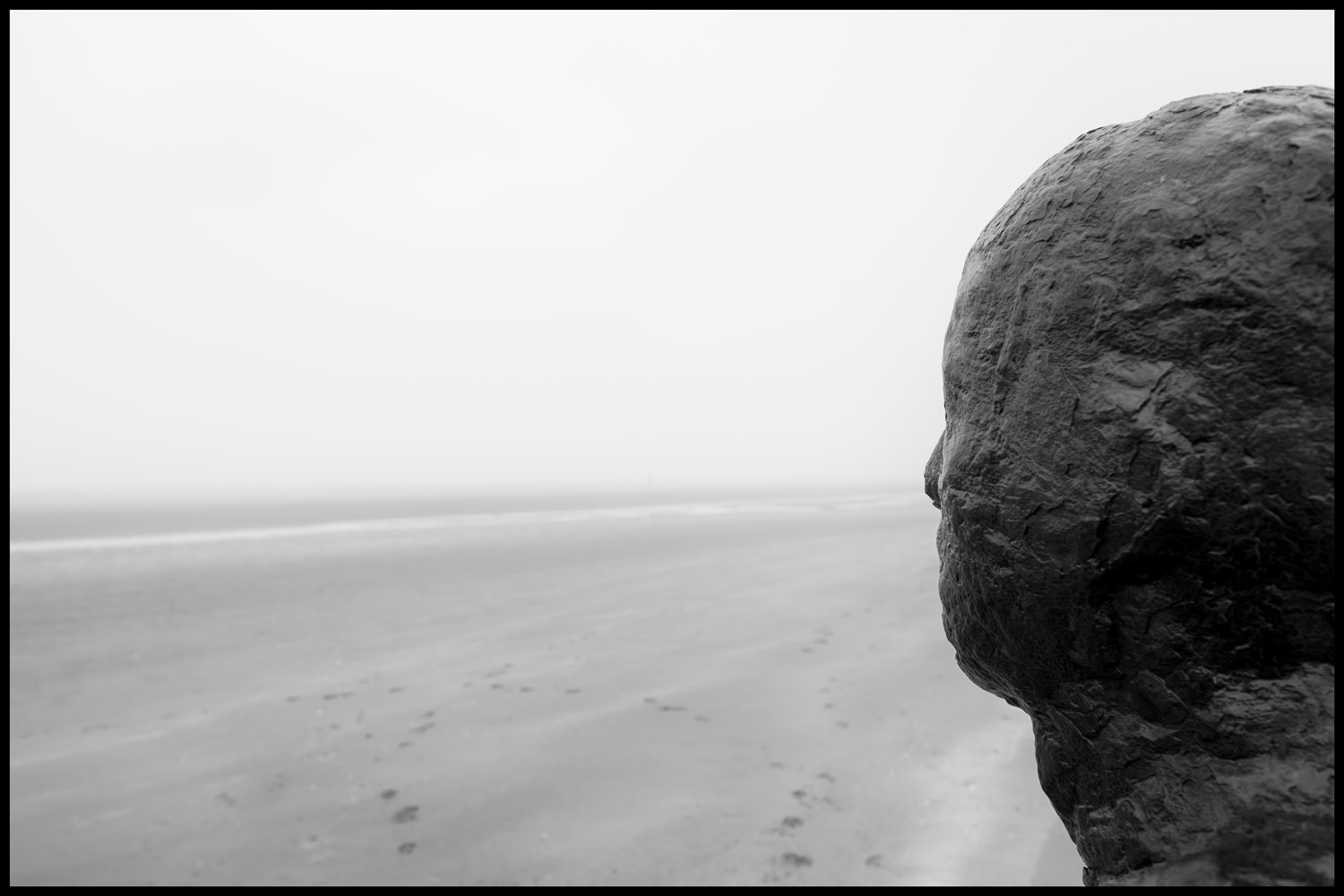 Another thing I particularly noticed about the iron man statue was that his lower half was almost completely covered in barnacles.

I remember a dream I once had as a child in which I had barnacles on me, and ever since I’ve had a slightly weirded-out fascination with the things.

It was time to get the macro lens out.

I was surprised, when I uploaded the photos to the computer, by the rather beautiful grey shading on the tops of them, accompanied by the rich, lush green of the attached plantlife. 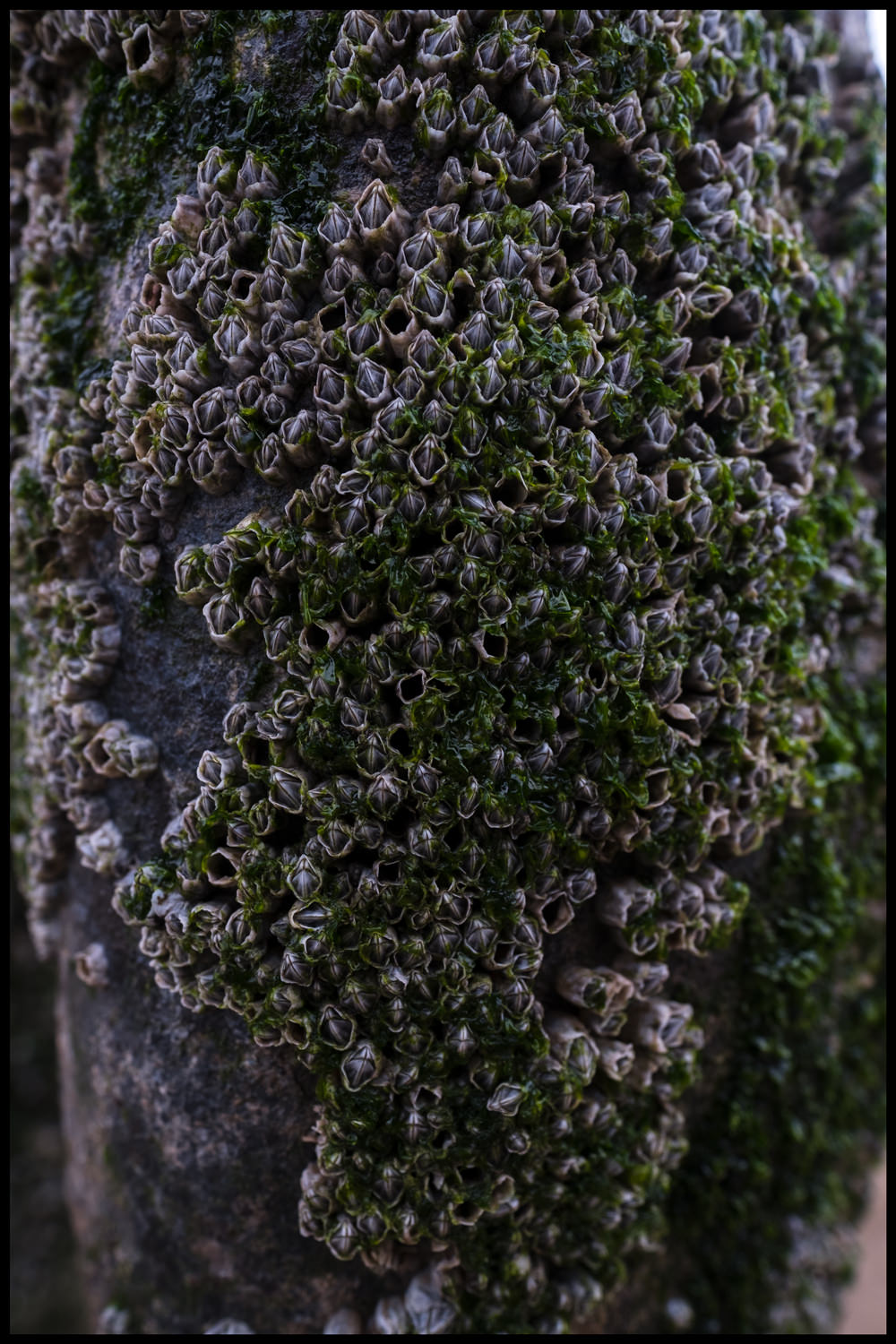 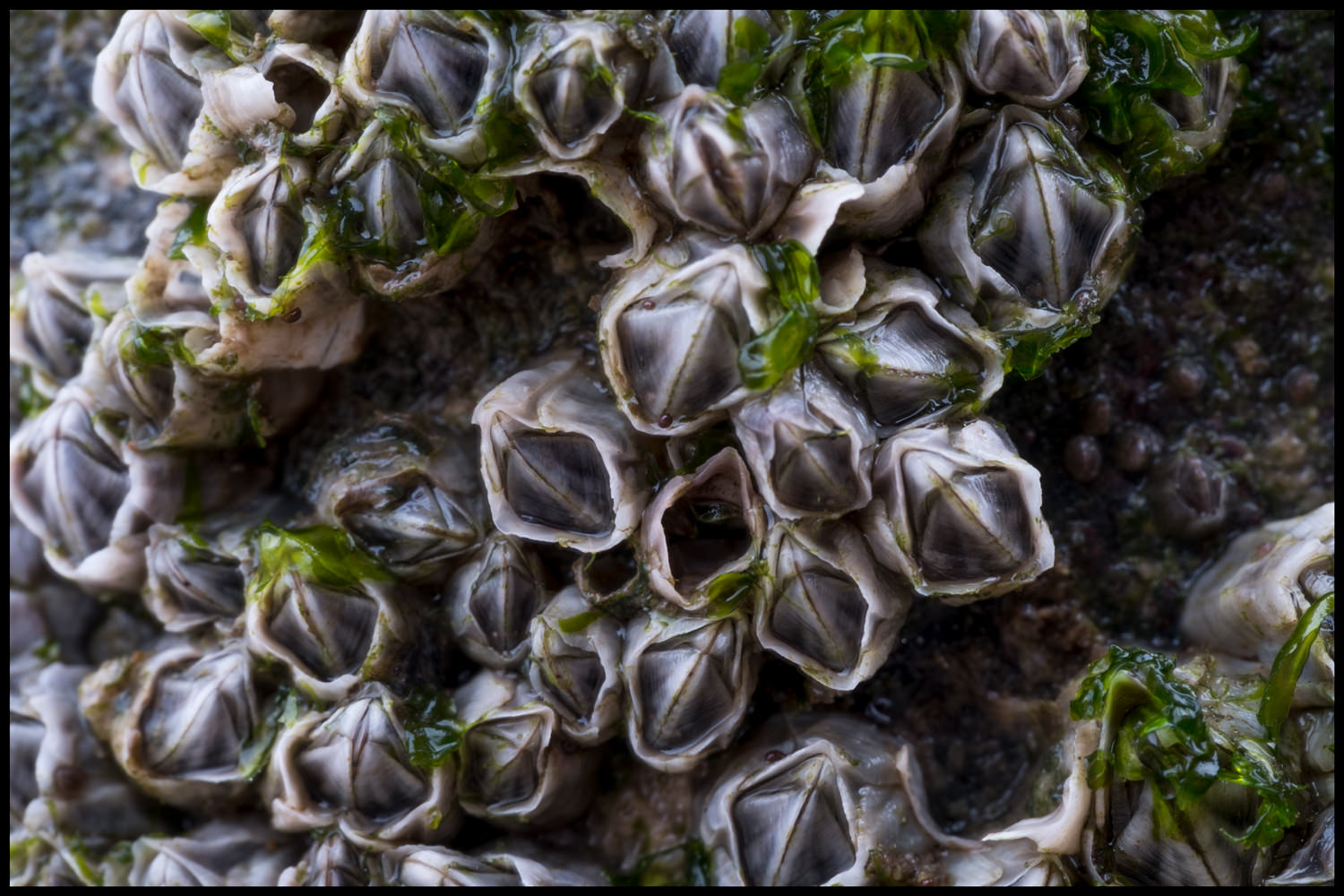 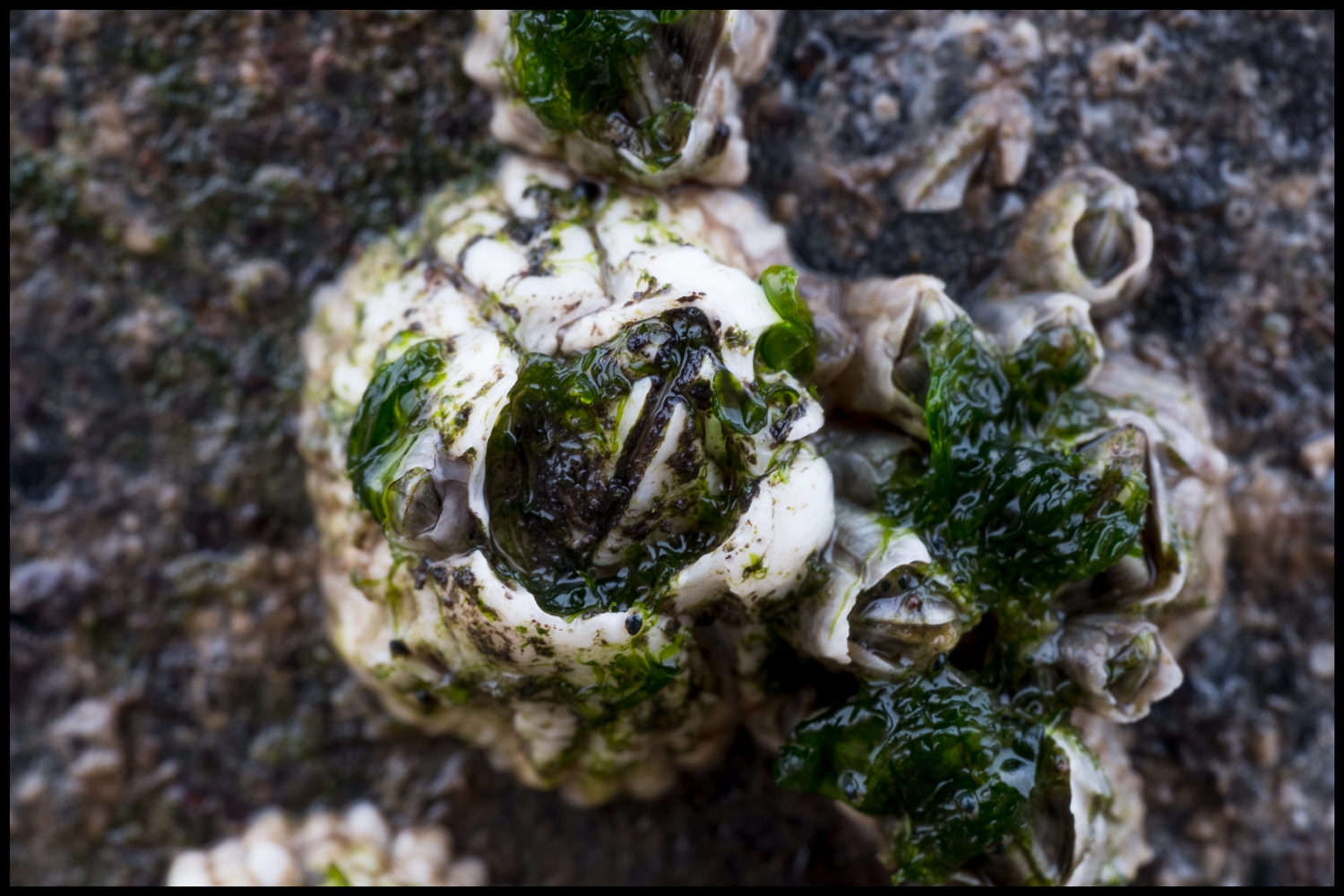 I picked up a few empty seashells with barnacles on take home; something to keep me and my macro lens amused on a rainy day, possibly … 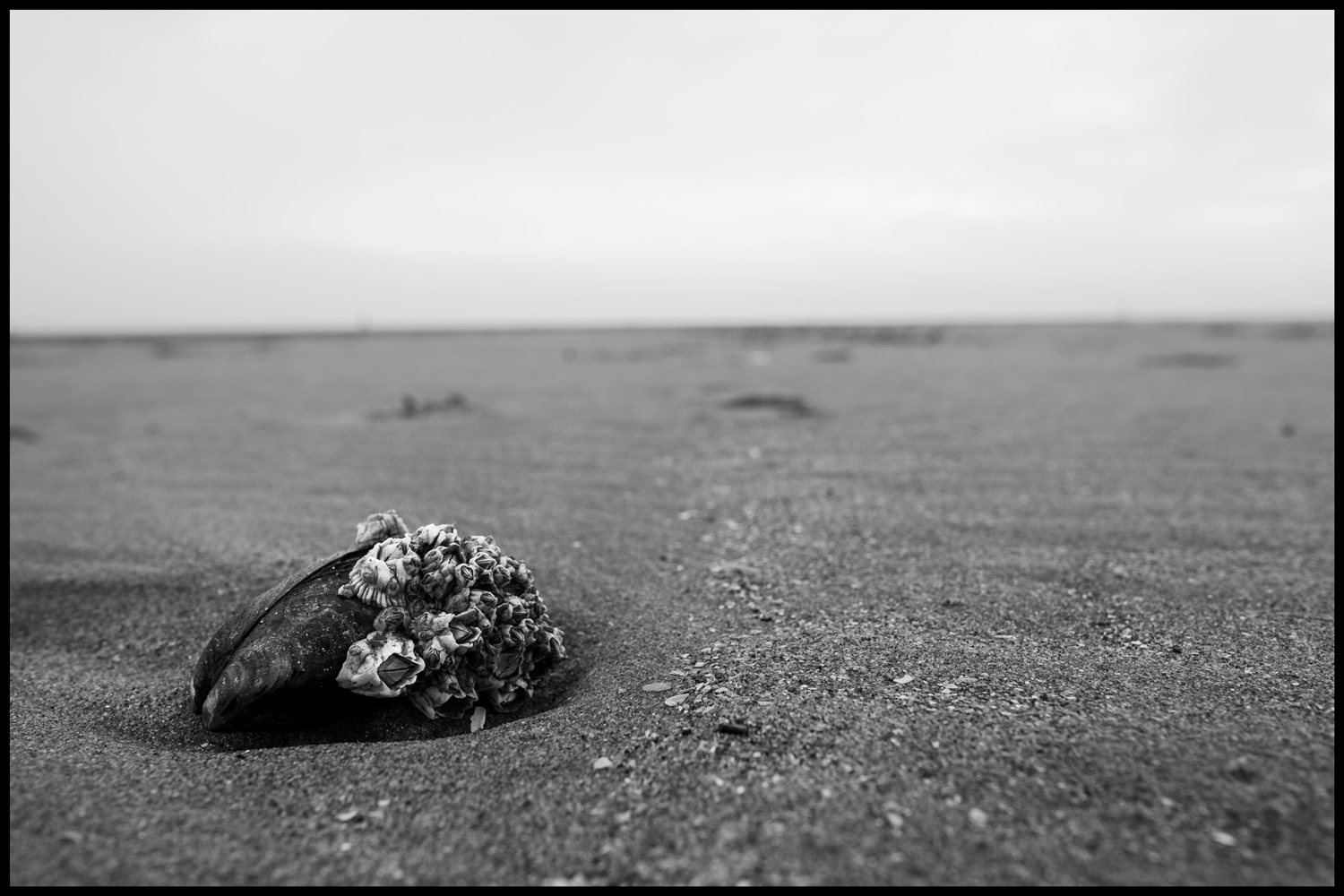