One of my favourite cultural haunts in Liverpool is the World Museum. I often take my girls there to while away a few hours on a Saturday amongst the dinosaurs, bugs and ancient cultures.

We always love the temporary exhibitions which come to the museum, so I was very lucky to have been allowed in to the Animal Mummies Revealed exhibition (October 2016 until February 2017) for a couple of hours while it was being set up to get some behind-the-scenes shots.

It was just fascinating to see what was going on. The gallery was still full of ladders and trolleys and packing cases and tools and tins of paint. 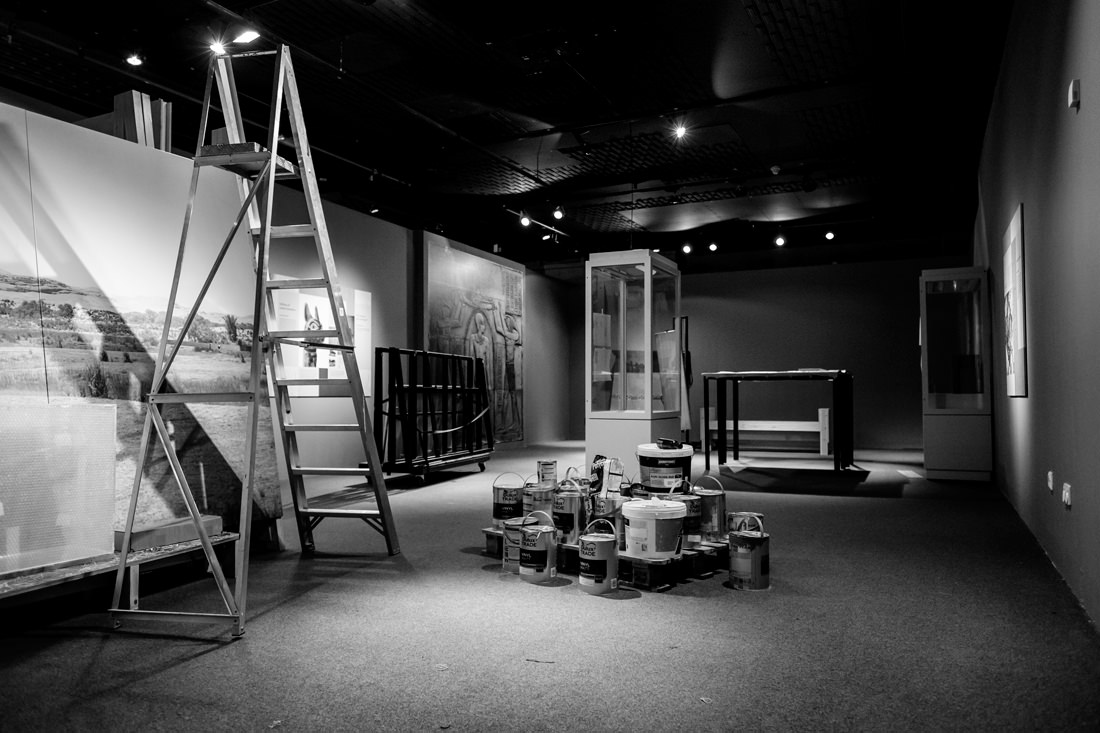 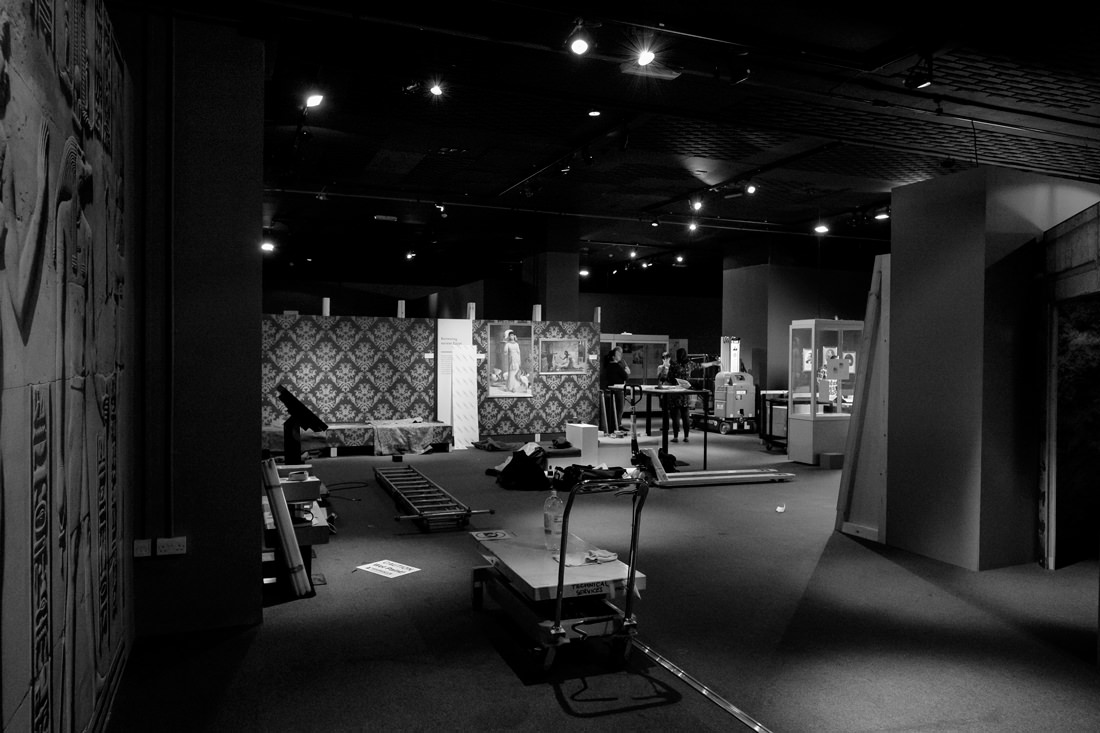 Conservators were unpacking artefacts following on from their journey from Glasgow (where the exhibition had been showing previously) and setting them up in the display cases. 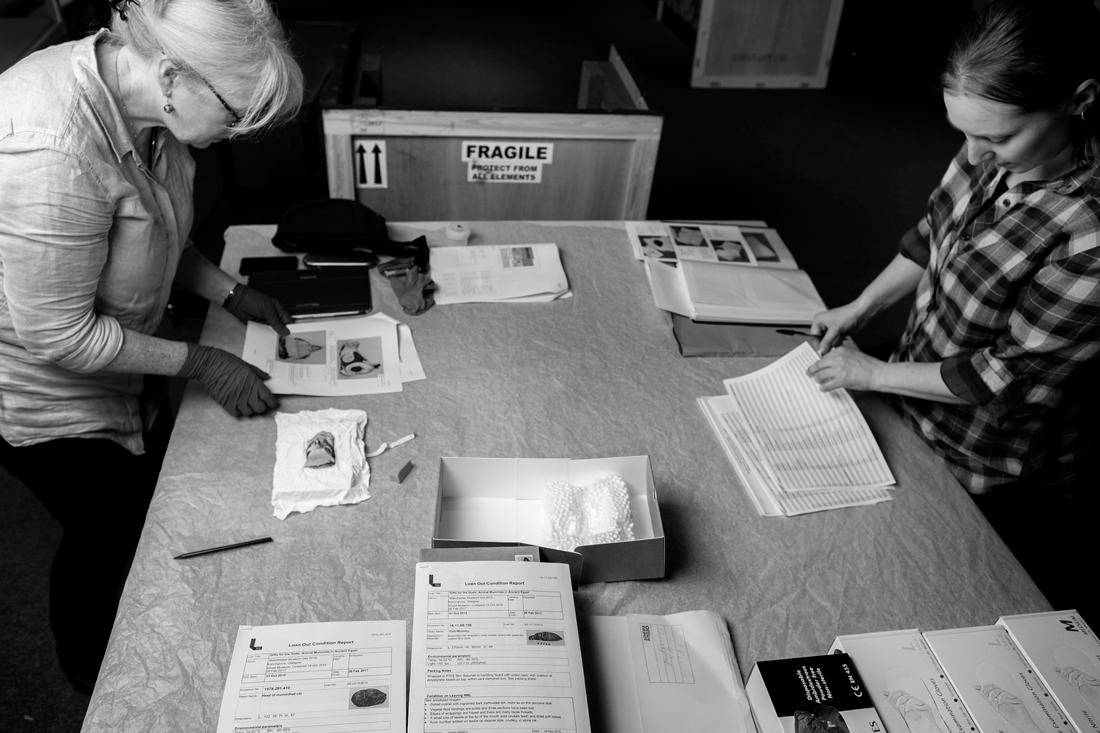 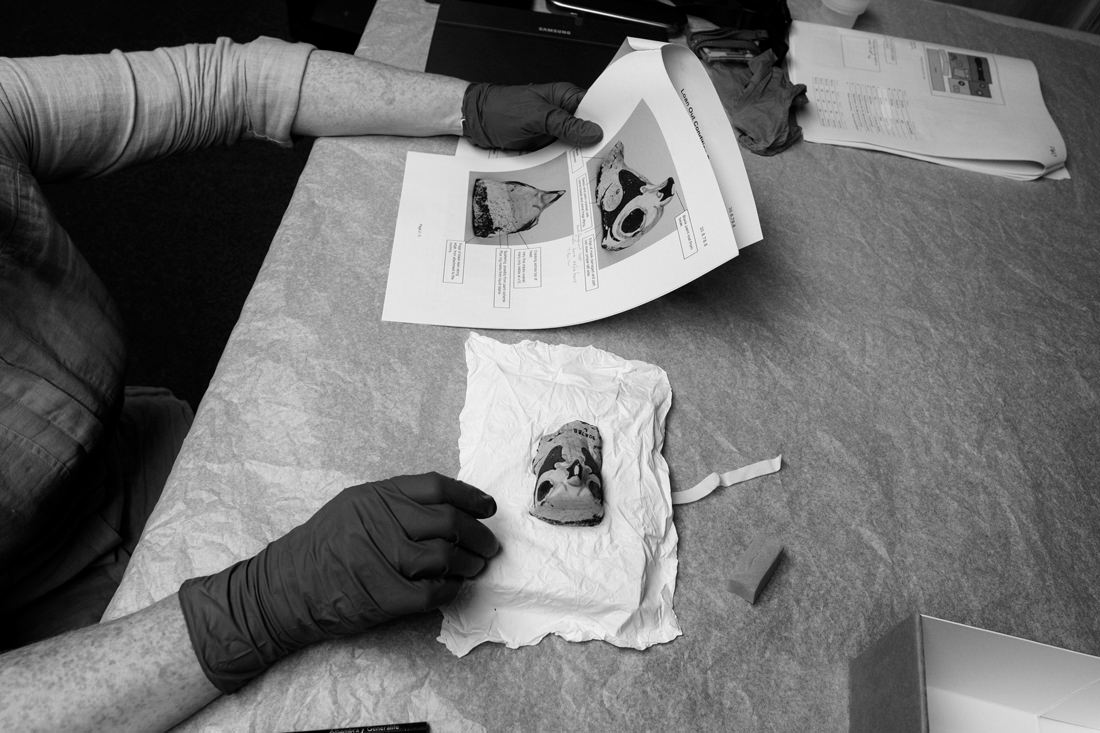 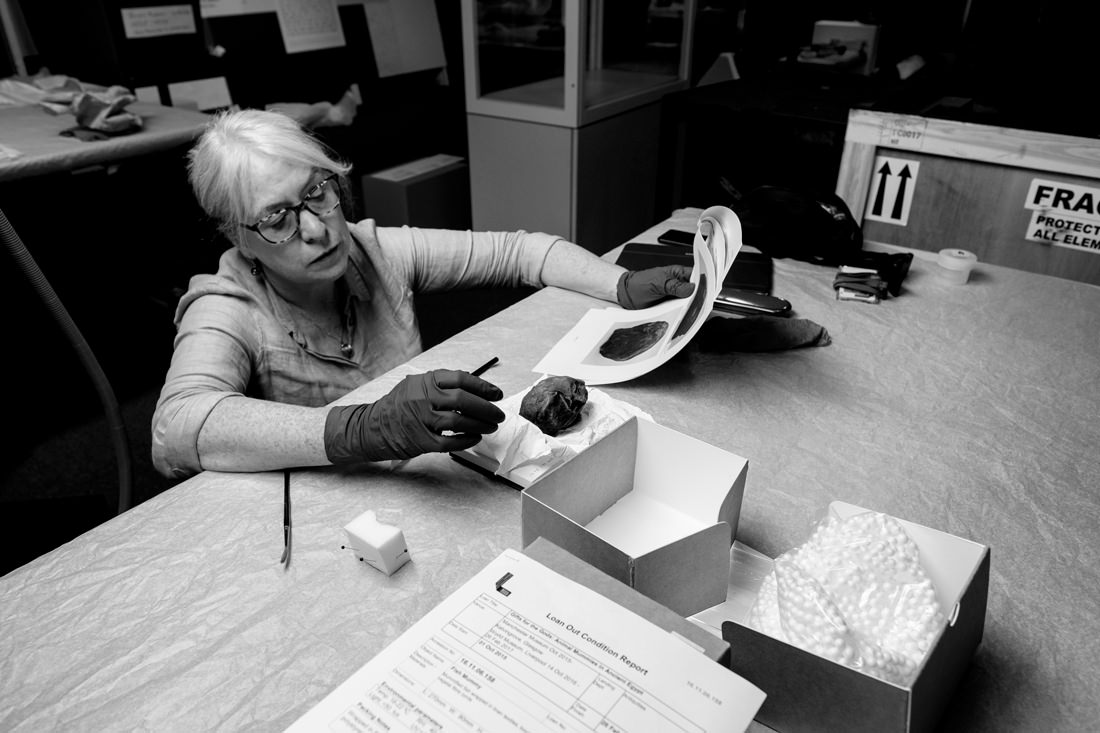 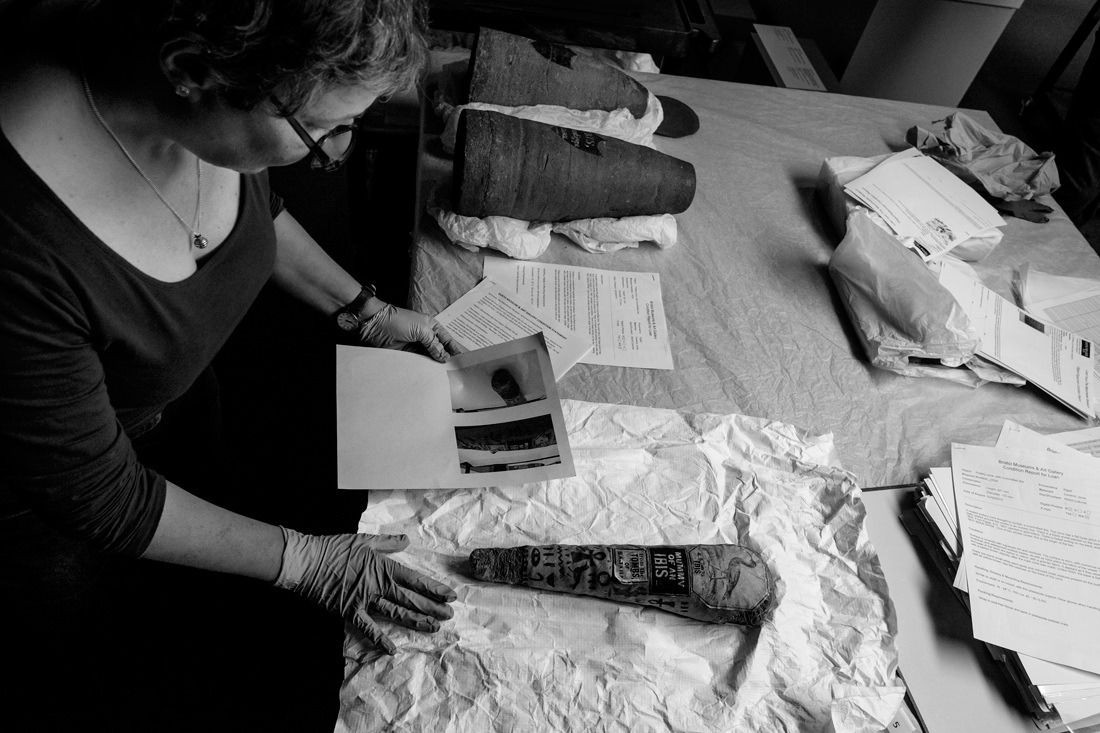 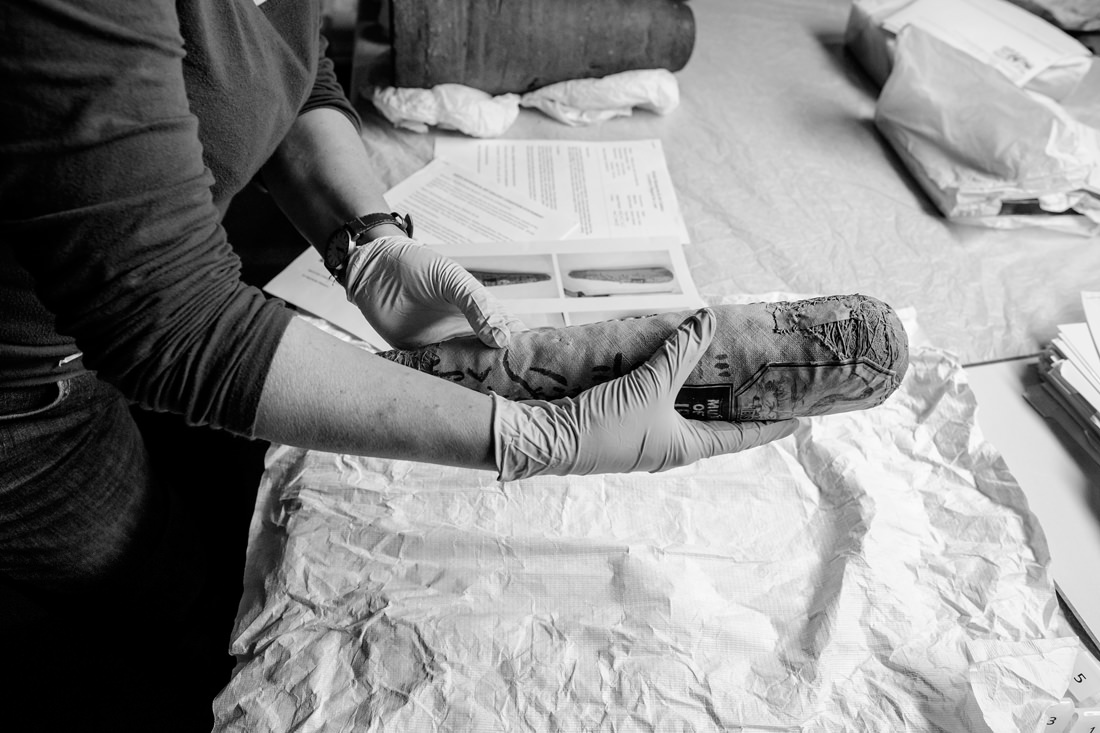 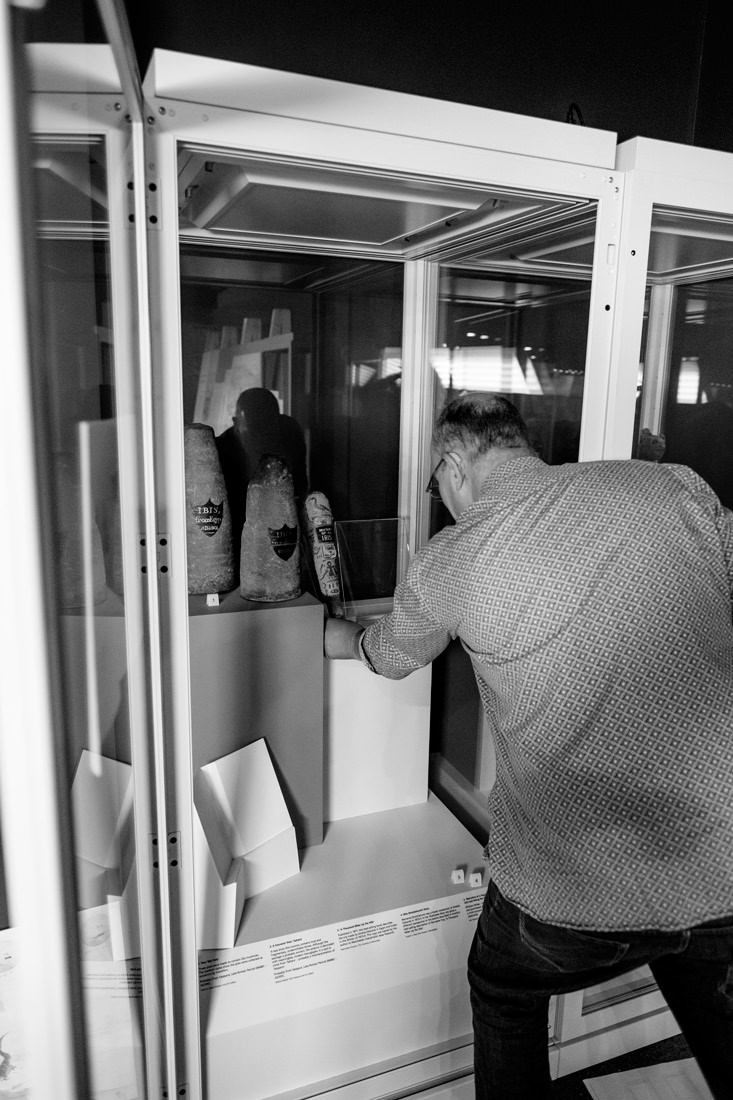 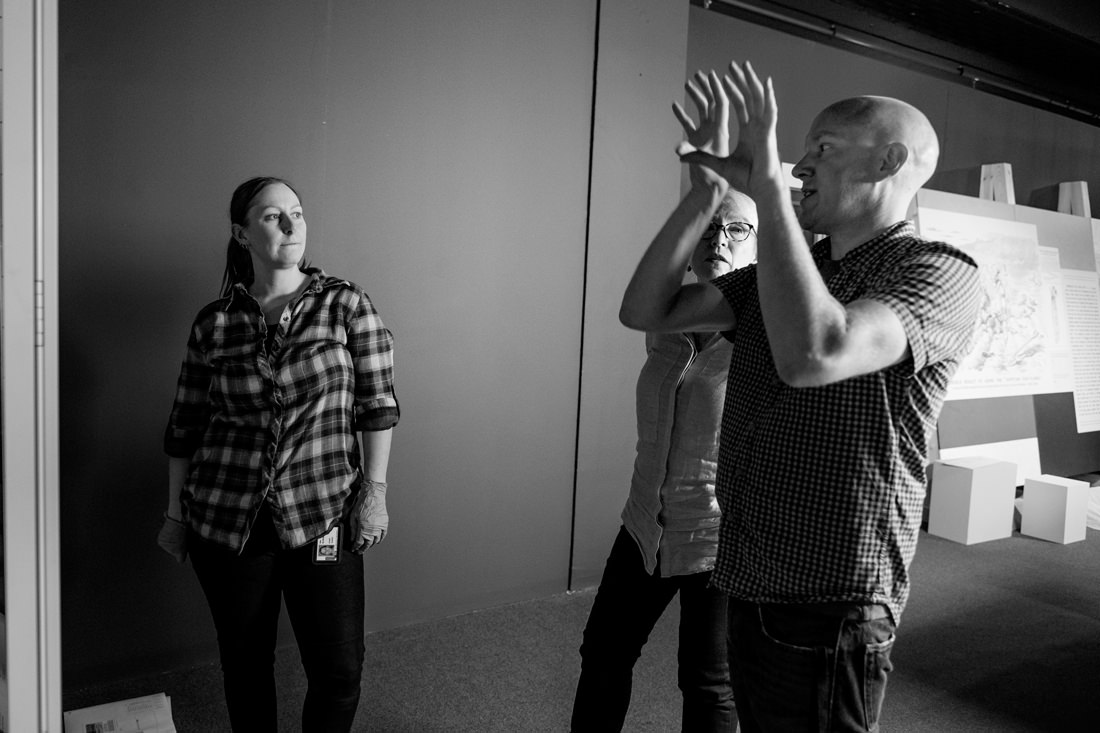 They were working at tall tables lit by large panel lights. Each artefact was inspected inch-by-inch, compared against photos taken before they were packed, to check for any damage that might’ve occurred during transport. 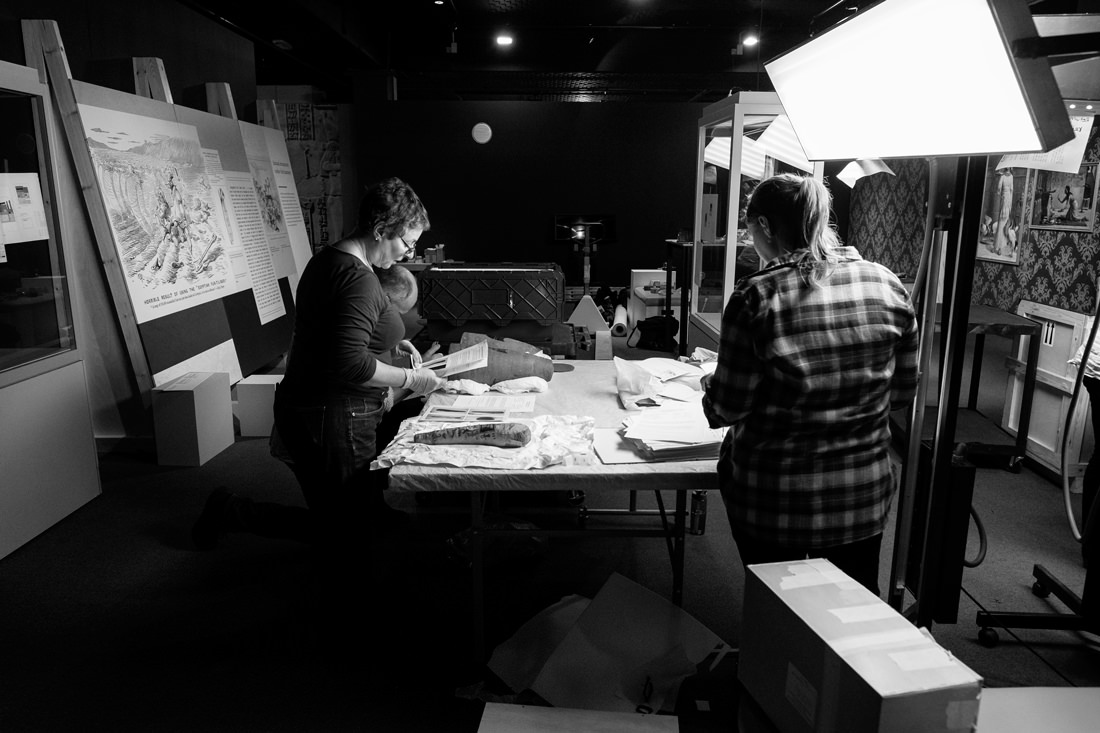 While I was there, Edwin Longsden Long’s The Gods and their Makers – a large, 19th century oil painting – was brought in to the gallery. Every part of the painting, down to the individual paint strokes, was checked by a specialist conservator donning a headset with magnifying glasses. 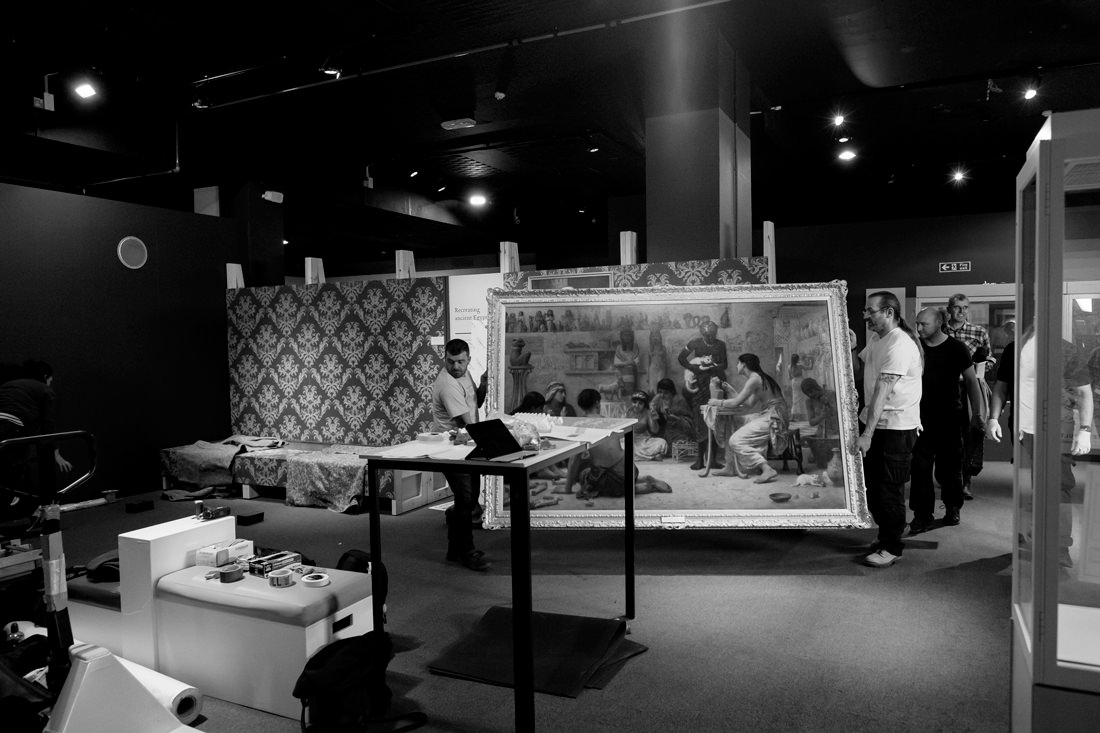 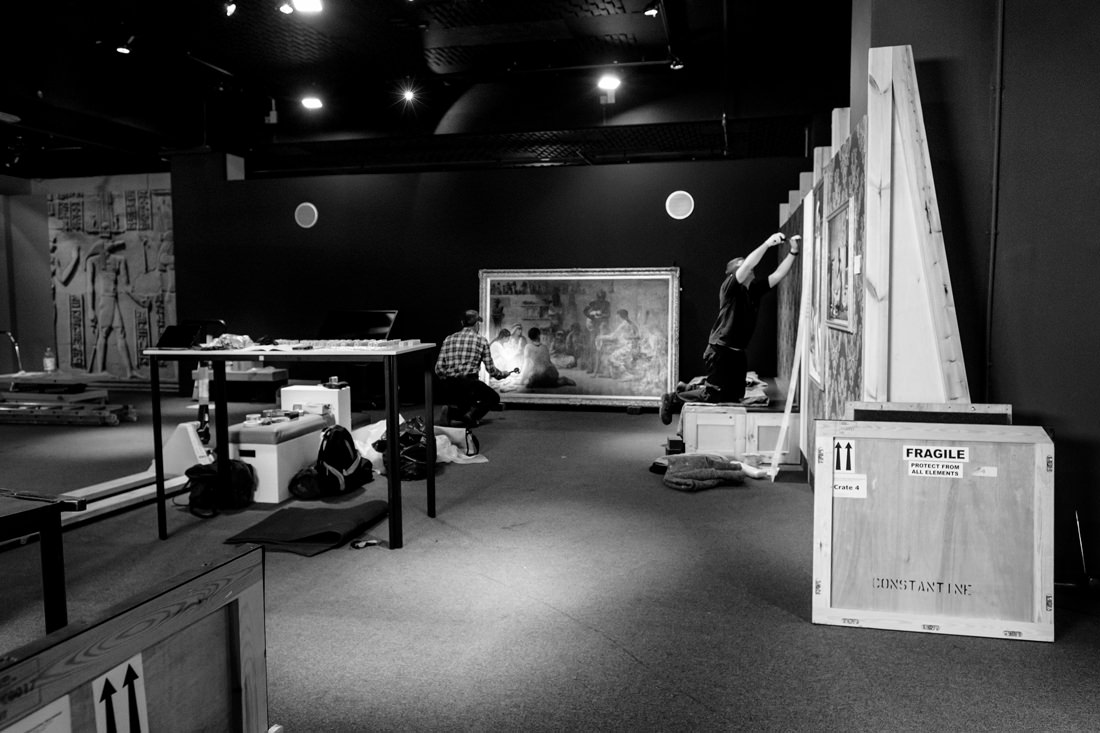 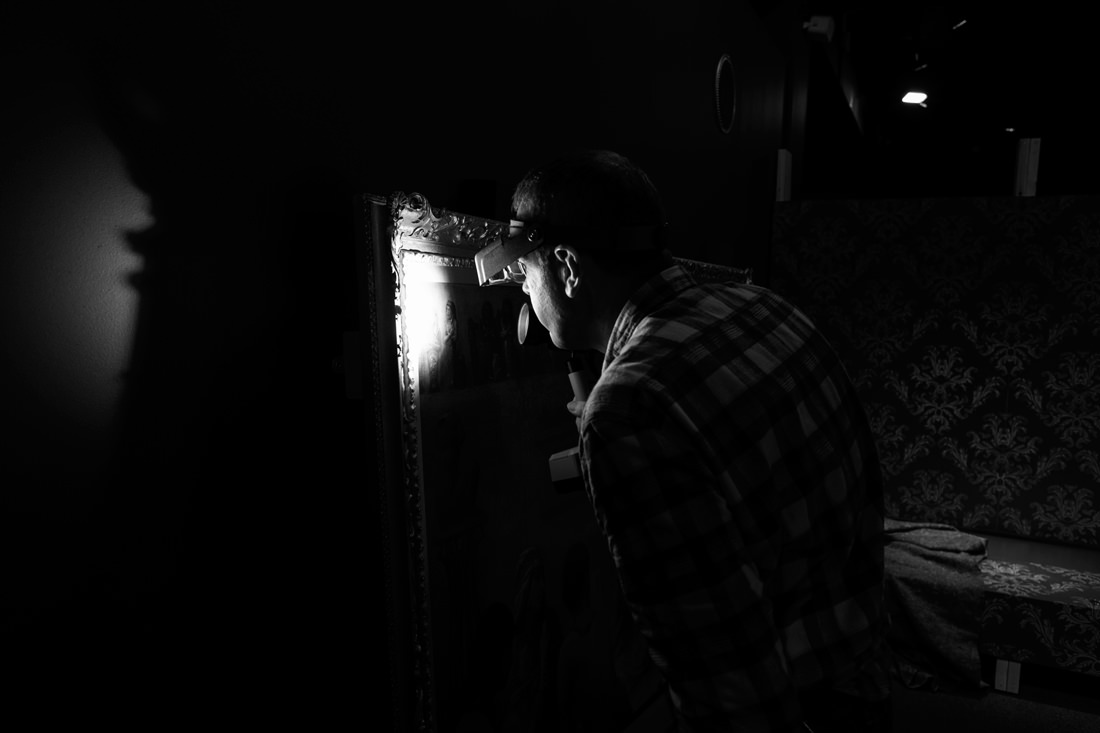 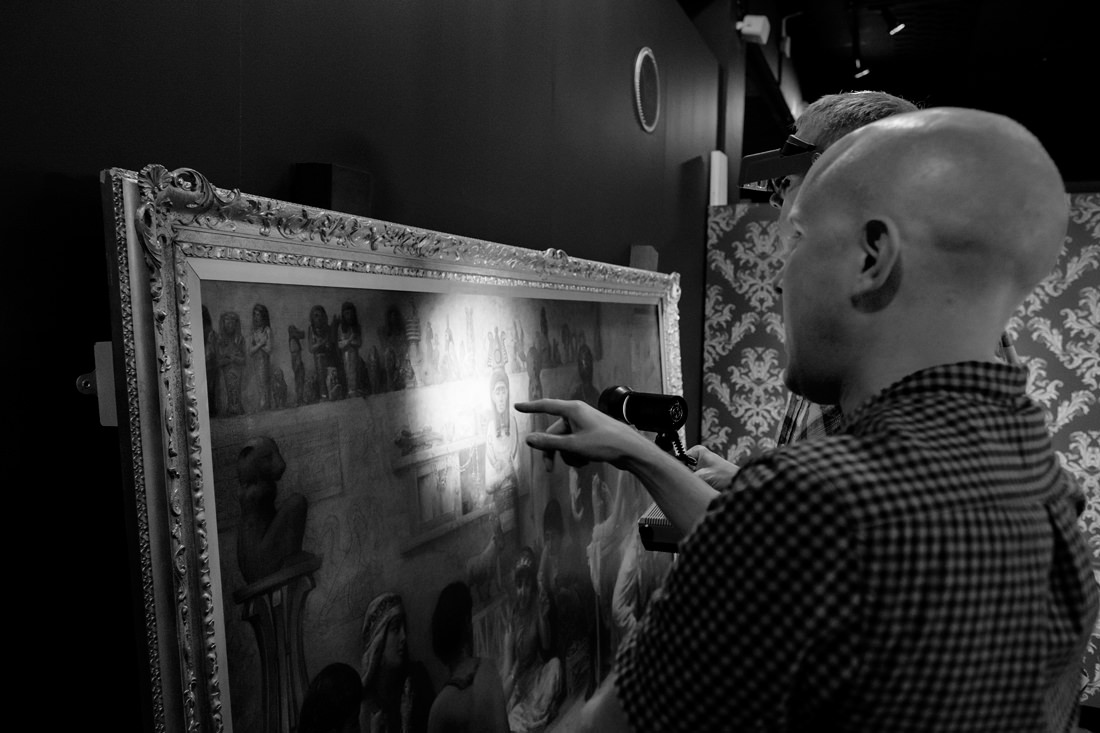 I only caught a snapshot of a process that took several weeks to complete, but it was a lot of fun. The conservators were all very friendly and accommodating, happy to explain to me what they were doing. I would really like to thank them all for allowing me to photograph them at work:

I must also thank curator Ashley Cooke for taking time out of his already hectic schedule to arrange for me to be able to come in and take these photos, and for showing me around the exhibition.

The Animal Mummies Revealed exhibition was on at the Manchester Museum in 2105, which I also visited. You can read my post about it here.

[…] personal to capture detail. But, when I was at the World Museum photographing the setting up of the Animal Mummies: Gifts to the Gods exhibition, I grabbed a quick shot of one of the damaged surfaces of a granodiorite statue of the […]